Development Status is on : 64%

This game is developed for the normal game-play and even for Google Cardboard ( later it will be adapted for  Galaxy Gear VR ). The game uses a procedural map generator to provide different aerial landscapes. The game will have a complex upgrade system and 3 drone type .   The player will be able to play whit VR glass and even whit normal mode. The game will have several map style and  many different enemy type. There will be several mission and as well a quick play mode. The goal is to upgrade your drone abilities , unlock some special feature and clear the map  from the enemies. The game is on 68% the release date is 2015.10. 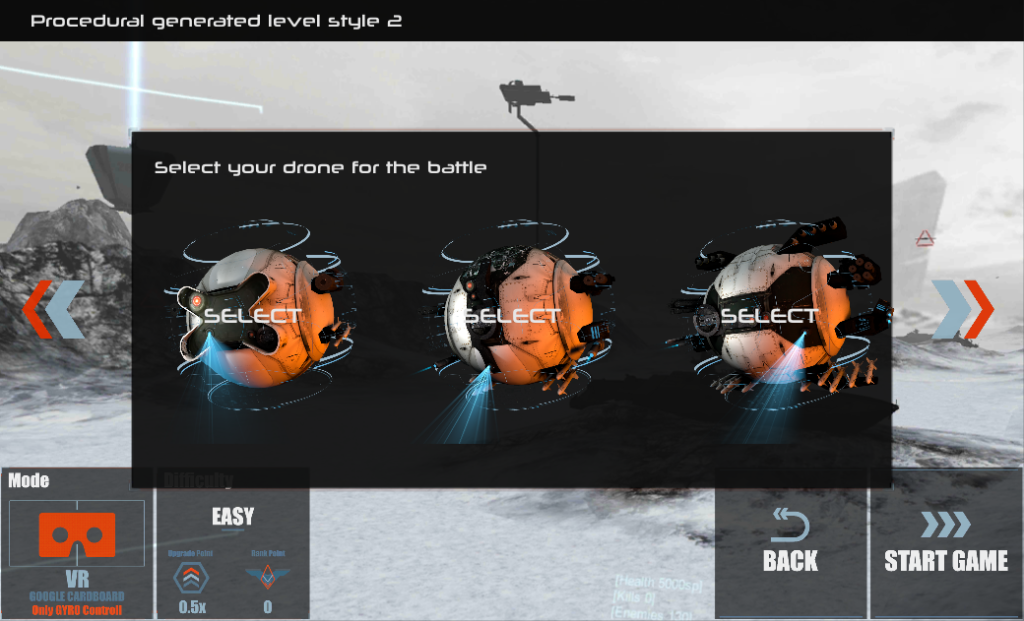 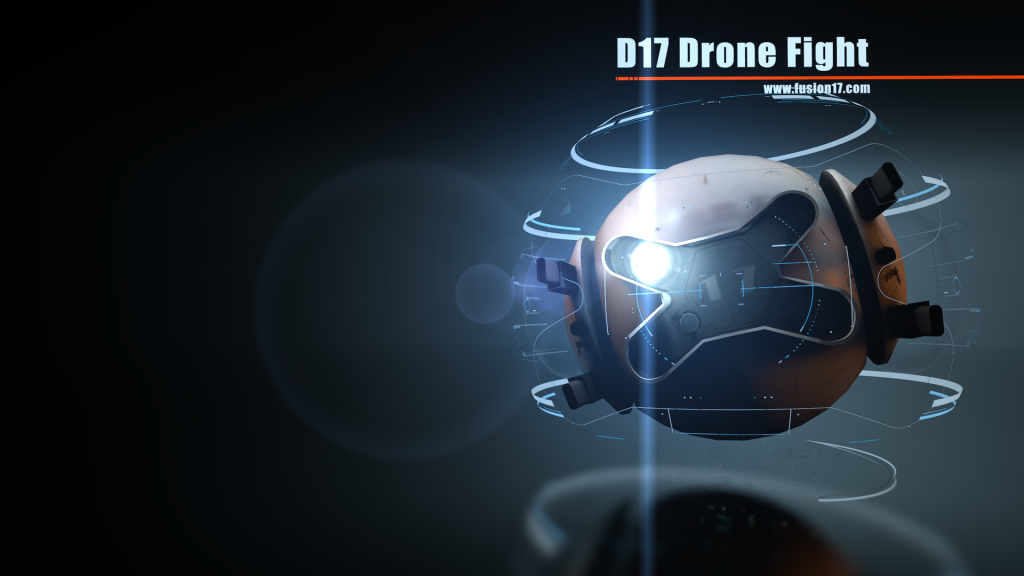 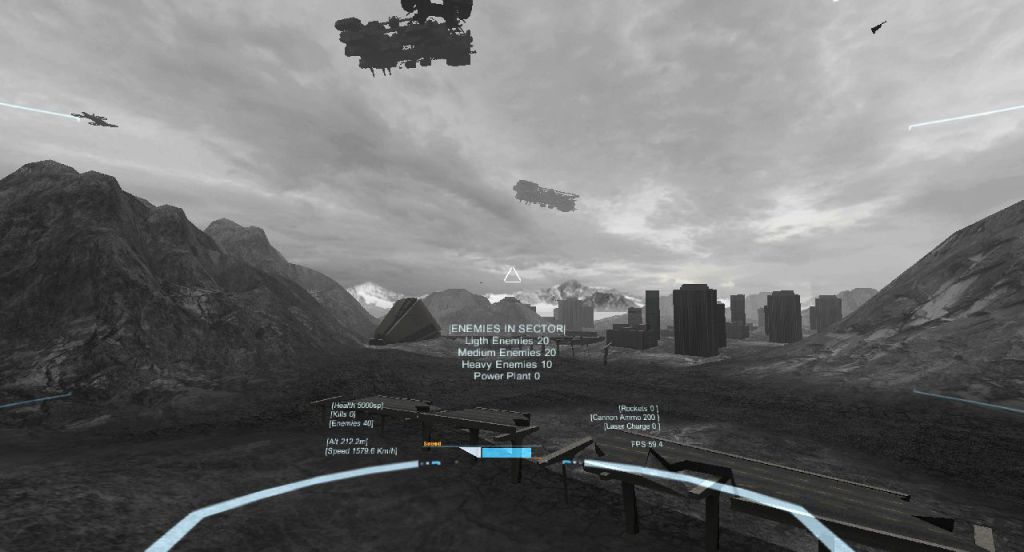 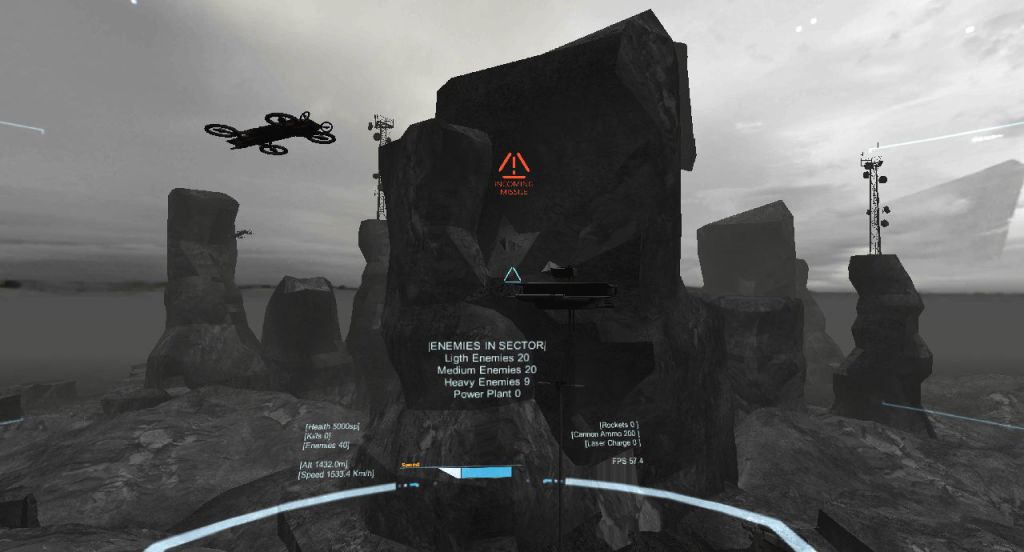 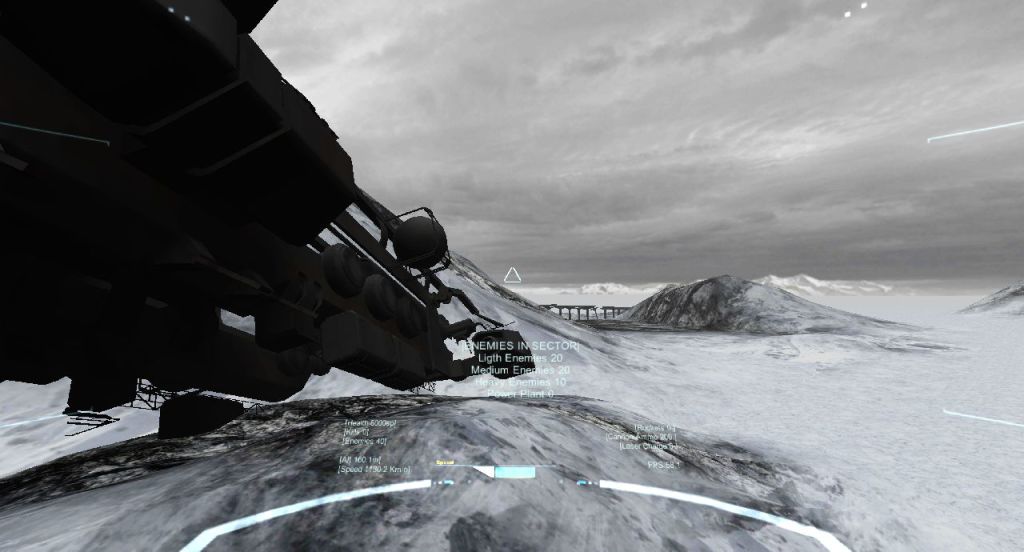 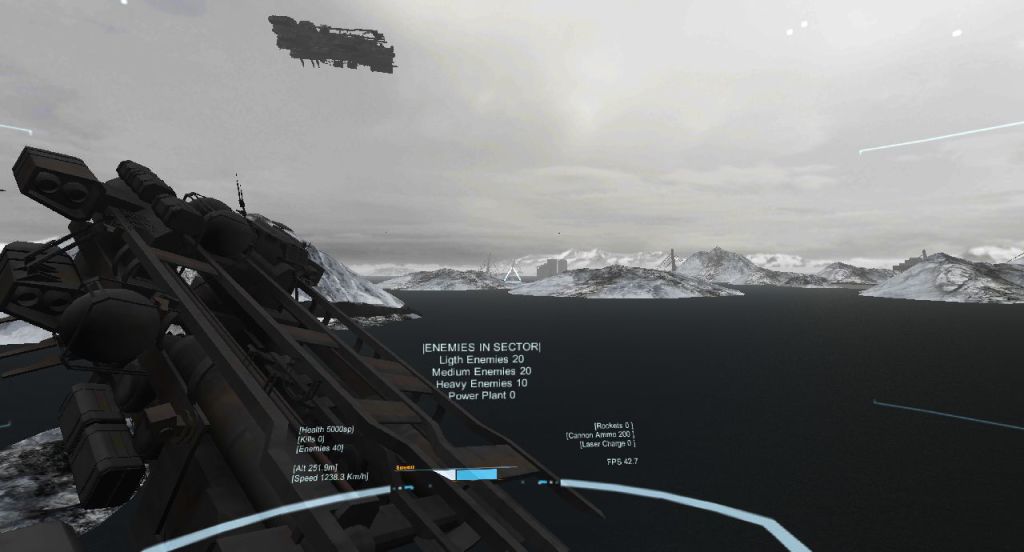 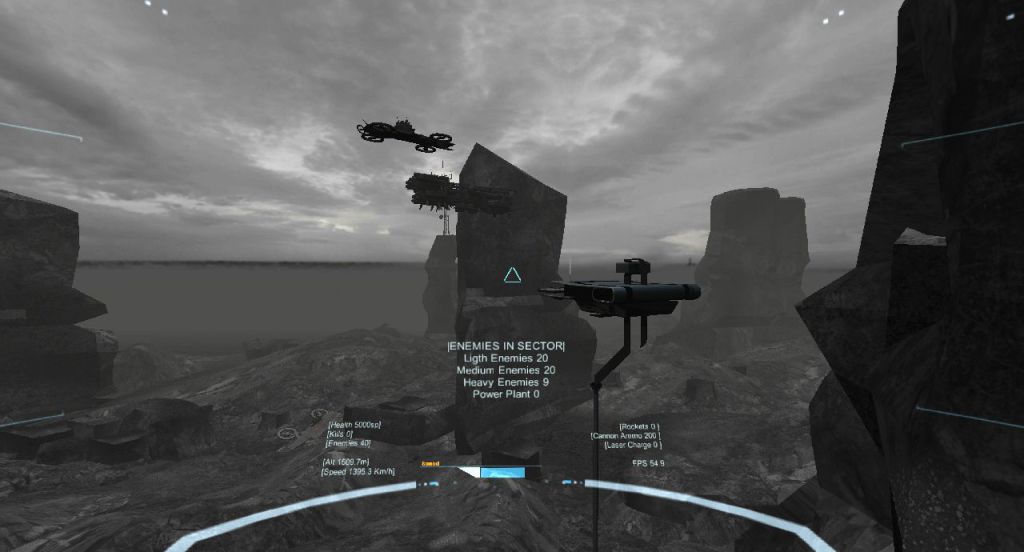